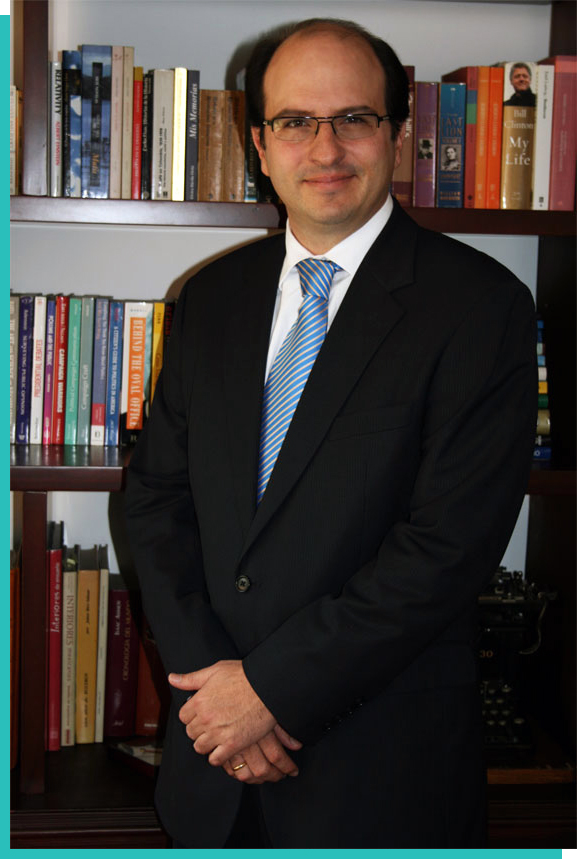 Prior to founding Juan Carlos Palau Abogados, Mr. Palau worked for several government agencies, such as the Colombian Ministry of Finance and Public Credit, where he handled vital legal aspects related to the Republic of Colombia’s sovereign bond issues in the US, European and Asian Markets, as part of a stellar team with the republic’s attorneys in NY, Cleary Gottlieb Steen & Hamilton. As Director of the Investment Funds Compliance Division, in the Colombian Securities Superintendency, Mr. Palau drafted regulation that raised Colombian Investment Funds to international standards, based on the American 1940 Investment Company Act, and spearheaded crucial investigations against broker dealers and accounting firms that led to sanctions considered landmarks in the Colombian funds industry. As advisor to the Viceminister of Social Security, Mr. Palau tried a case that was definitive for the financial sustainability of the Colombian healthcare industry, before the Constitutional Court, the country’s highest court with the ability to perform judicial review.
During his tenure as an attorney with Brigard & Urrutia and Prieto & Carrizosa, two of Colombia’s leading and largest law firms, Mr. Palau handled complex transactions, such as the privatization of airports and infrastructure, mergers and acquisitions of companies in Latin and Central America, and defended clients during audits and tax disputes with DIAN, Colombia’s tax service.

Mr. Palau has taken his experience as an attorney to the class room by contributing as a professor at the Universidad de los Andes Law School, by delivering lectures in Roman Law and Securities Regulation.

In the ADR and litigation field, Mr. Palau is part of the advisory committee for the Cali Chamber of Commerce Arbitration and Alternative Dispute Resolution Center, positioned among the country’s and the region’s primary ADR institutions.

Mr. Palau is admitted to practice law in Colombia and has been mentioned by Colombian Business and Financial Journals as one of the country’s most accomplished attorneys.